Established in 1996, Foshan Aiting Electrical Appliances Co., Ltd. is one of the largest manufacturers of household appliances in China, integrating the research and development, production and sales of induction cooker. It has developed into a professional production base for induction cooker, covering an area of over 35228.48 m2 (about 53 acres) with over 40,000 m2 building area. With 7 workshops, 15 production line, the annual production capacity of Aiting is up to 6 million pcs. So far the company has 380 employees including 40 engineering and technological management personnel. The company has got the international quality system certificate ISO 9001:2000 since 2002 and achieved enterprise management automation by introducing and implementing ERP management system since 2006. Statistics from Guangdong Household Electrical Appliances Trade Association shows that compared with the same industry in Guangdong, Aiting ranked top 3 in the production volume and sales of induction cooker from 2007 to 2009.

Since the establishment of the company, Aiting has always been dedicated to the technological improvement and enhancement of induction cooker. With a large group of R&D team composed of professional talents, the company has developed 5 series product, about 50 types by combining the advanced ideas from home and abroad, and extensive industry experience. They are King of Antimagnetic, King of Stir-fry, King of Black Microcrystal, King of Hot Pot and Star of Tea Ceremony. Aiting has made several significant breakthroughs in the induction cooker industry. It has obtained 3 shape design patents including Antimagnetic Leakage Construction for Induction Cooker, Temperature Detecting and Measuring Construction for Induction Cooker, A Cooling Fan Cover Construction for Induction Cooker, as well as 2 invention patents, 15 utility patents and 30 appearance patents. Widely approved among the markets and industries, Aiting has become a technical benchmark in the industry with strong technological capacity and excellent product quality. In 2008, as one of the drawers, Aiting participated in the writing and establishment of the two basic standards for induction cooker in China: GB 21456-2008 The Minimum Allowable Values of the Energy Efficiency and Energy Efficiency Grades for Household Induction cookers, and, GB/T 23128-2008 Induction Cooker. “Aiting National Energy Efficiency Laboratory” was founded in June of the same year.

Since the beginning of the enterprise establishment, Aiting has been focusing on professional development, production and sales of induction cooker based on its advantage, market condition and industrial difficulties. After frequent and deep market investigation and resource analysis, the company took a share of the market by promoting its innovative product, the antimagnetic induction cooker with multiple functions. It was a key project of development and promotion, supported by in-time, efficient and sufficient human resources and financial investment. In 2003, Aiting officially developed an antimagnetic leakage construction for induction cooker and applied it to induction cooker production. According to the principle of cutting magnetic induction wire, the magnetic field is converted into current and discharged to the ground through the grounding wire of a three-pin power cord, which can effectively reduce the amount of leakage magnetic field and the impact of electromagnetic radiation on the human body. Moreover, Aiting successfully developed a temperature detecting and measuring construction for induction cooker, looking beyond the stereotype that most of other producers adopted: single temperature detection spot installation only in the center of the heater. After repeated trials, the high temperature heating zone of the cookware was detected. Two temperature detecting spots are installed on the circumference 5 cm from the center of the heater, which can detect the temperature of the cookware bottom faster so that the CPU can act more quickly to run the programs. Equipped with this technology, multiple automatic controlling functions can be perfectly realized such as cooking rice, porridge and soup as well as boiling water etc. Aiting is the first domestic enterprise in producing induction cookers with automatic functions. With the marketing promotion, this smart product gained popularity among consumers.

Aiting has been insisting on the idea of developing the enterprise through R&D on technology and quality. It has gained a place in the industry with stable product quality and the advantage of industrial leading technology. The quality improvement brought by scientific innovation enables Aiting’s stable and robust development in domestic market. When the induction cooker became a backup household appliance in the kitchen, Aiting did not stop technological innovation but kept developing new technology. The successful development of concave pan for induction cookers enabled the induction cooker to totally replace gas cooker for cooking. In order to cater to Chinese cooking habit of stir-frying with round bottom pot, Aiting invested great manpower and material resources in inventing a concave pot for the national patented induction cooker. This type of surface plate has 3 supporting spot, which remains appropriate space and distance between the pot bottom and the plate. As the heat generated by the cookware can easily dissipate and hard to convey to the internal components, the time period of over-temperature protection can be extended so as to continuously stir-fry. At the same time, the 3 supporting spots construction is applicable for flat pan and concave pots, preventing them from sliding away. The invention and application of this type of surface plate, perfectly solved the bottleneck problem of induction cookers unable to stir-fry or stir-fry continuously previously. It is a major step for replacing gas cooker with induction cooker. Apart from the high-tech feature, Aiting’s induction cooker reached international levels in the aspects of simple industrial design and full-touching control glass surface. Furthermore, Aiting owns a national patent of cooling fan cover construction for induction cooker, which enables to easily take down and clean the fan cover and leaves. It can ensure the cooling fan efficiency and effect and protect the internal electrical components from high temperature so that the working lifecycle of the induction cooker can be extended. The national patented technology of the main circuit is an anti-ignition circuit, which can avoid the hidden failed soldering of high-voltage electronic components in the production process and the ignition leads to burn-in and fire hazards. Another national patented fixture frame has 4 unique high-temperature resistant and powerful suction cups, which can firmly absorb the induction cooker panel so that the pan does not slide easily off the smooth induction cooker panel, and avoiding accidents.

In 21st century, it is advocated to live a low-carbon life featured with environmental-friendly resources and energy-saving lifestyles. The popularization of induction cookers, also called “green cookware”, is an inevitable developing trend. In the future, Aiting will adhere to the idea of energy saving, environmental-friendly and low carbon in R&D and innovation, which will lead to a high quality product development. Aiting is confident to realize the goal of becoming the leading induction cooker enterprise in China and a world famous and healthy brand of household appliance.

Covering an area of

Established in 1998, Foshan Aiting Electrical Appliances Co., Ltd. is one of the largest manufacturers of household appliances in China, integrating the research and development, production and sales of induction cookers.

Aiting is a big family. Life in Aiting is happy and colorful. 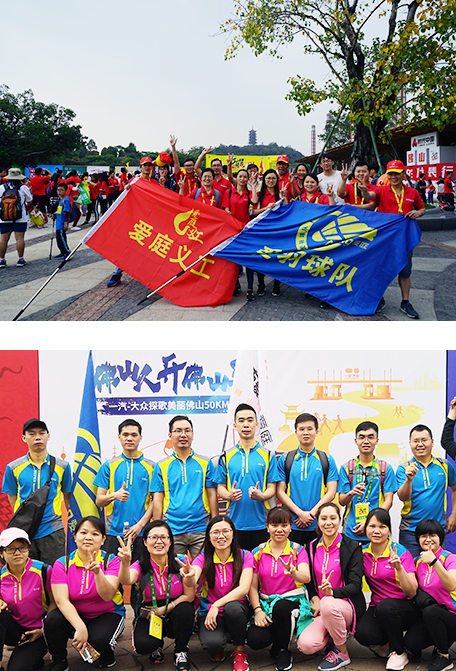 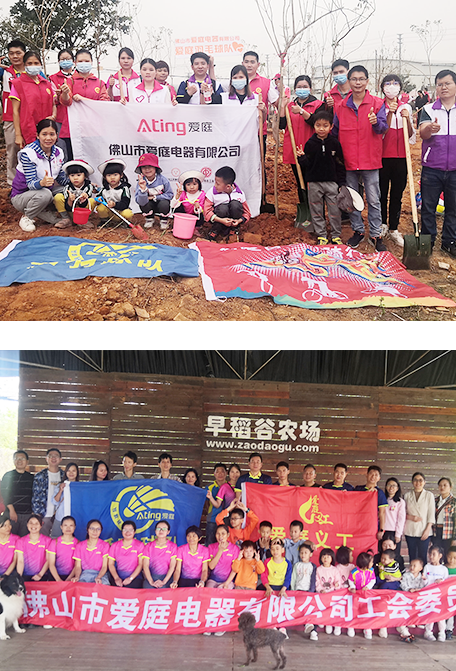 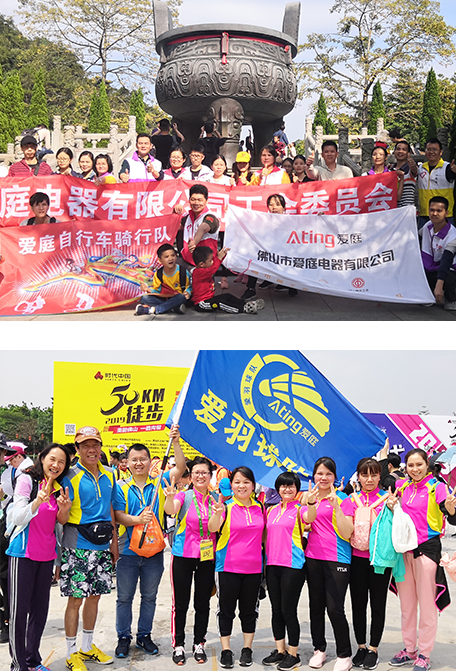 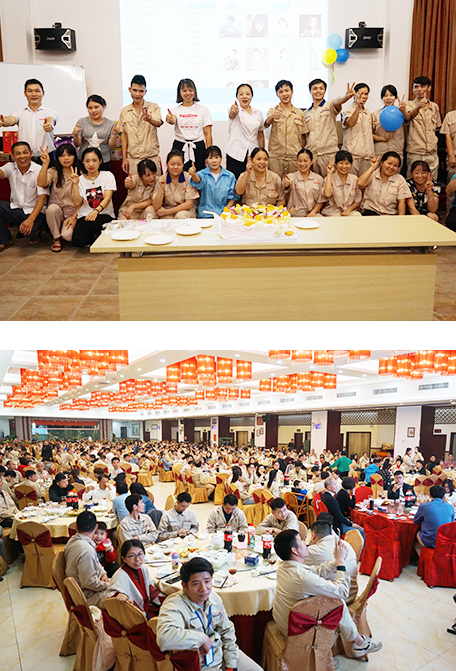 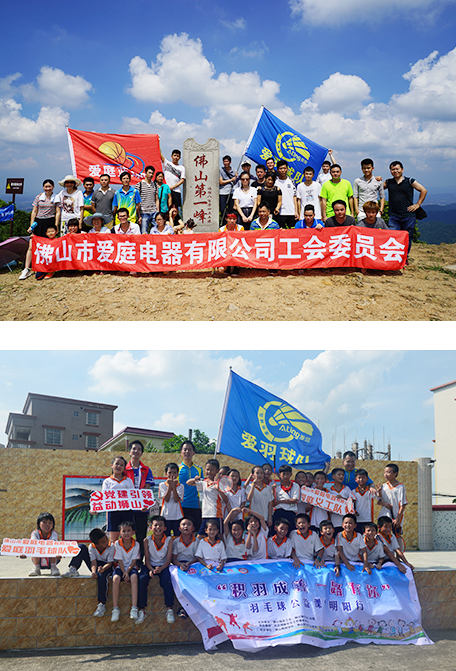 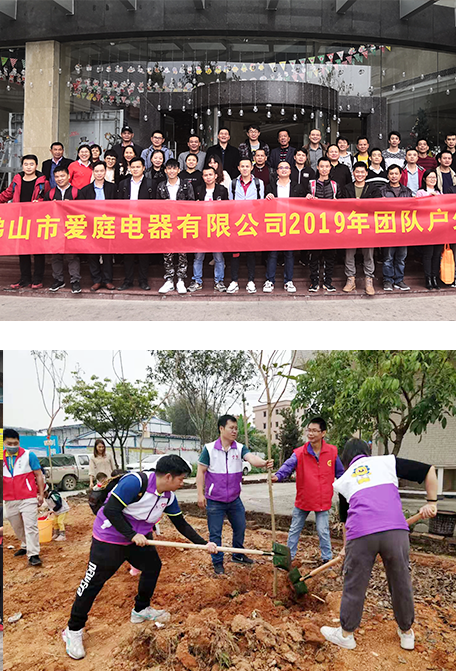